On June 2, the ESPACE consortium held its final meeting as a hybrid meeting in Berlin and online. Two and a half years after the first kick-off meeting was held in the same city, the group could finally meet in-person again.

At the end of this month, ESPACE will draw to a close and the team is now in the final stages of completing a first version of the Human Cell Atlas of the pancreas. The consortium meeting on June 2 provided a platform for the group to discuss the progress they have made over the last two and a half years and strategize about their collaboration during the final project month and beyond.

All single-cell data and spatial proteomics data produced by the ESPACE team is now available for analysis on the ESPACE cloud, which was launched in October last year. The cloud is a key component of the ESPACE study, enabling members of different institutes to access and analyze shared data in a common computing environment equipped with large processing and memory capacity. Dr. Sven Twardziok and his team at the Center of Digital Health at the Charité is currently working on an update of the cloud. By implementing the user interface iSEE (Interactive SummarizedExperiment Explorer), the team aims to make it easier and faster for users to analyze high-throughput biological datasets in the cloud.

Today, the ESPACE cloud is available exclusively for members of the ESPACE consortium. However, Dr. Twardziok and his team are looking into the possibility of providing the pancreas and single-cell community access to ESPACE’s data via apps developed in the cloud.

In the context of ESPACE, different teams have experimented with a series of modalities for analyzing tissues and cells in the pancreas. They are now collaborating on the analysis of this data and aim at sharing their results publicly towards the end of this year.

During the final project meeting, the ESPACE group explored possible ways to continue their collaboration after the funding period. While, when the project ends, they will have managed to produce a first version of the Human Cell Atlas of the pancreas, they will continue to work towards unlocking additional information about differences in pancreas cells and tissue from different patient cohorts (including people with type-2 diabetes and fetuses) in the future. 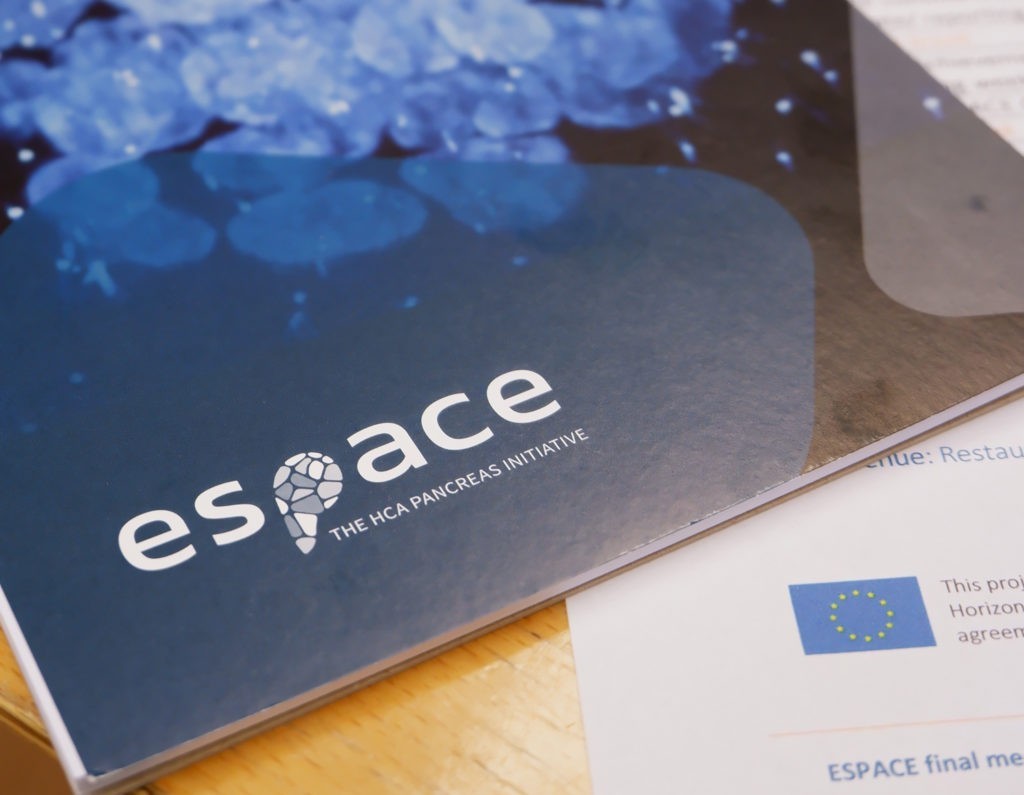