Already while conducting her undergraduate degree in mathematics, Dr Elisabetta Mereu knew that she wanted to apply her knowledge to more practical projects with a positive societal impact. In ESPACE, she is part of Work Package 2, working on single-cell molecular and epigenetic profiling of the healthy human pancreas. Dr Mereu recently became a Principal Investigator and opened her own lab in January this year, focused on defining the spatial-temporal organization of complex tissues in health and disease.

The ESPACE communication team recently caught up with Dr Mereu to learn more about her work in ESPACE and what inspired her in her career.

Changing the role of mathematics in clinical application 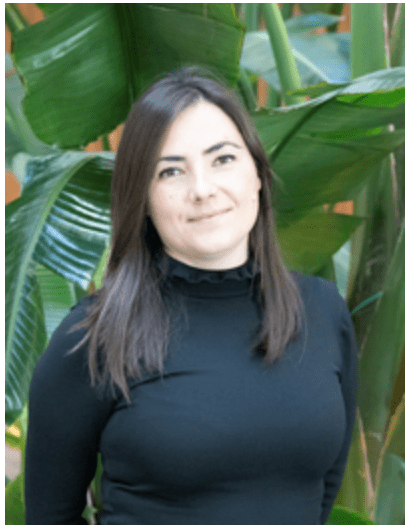 After finalizing her bachelor’s degree in mathematics at the University of Cagliari, Italy, Dr Mereu completed her master’s in applied mathematics at the same university, where she later returned to pursue her PhD in Statistical Genetics. Originally from the island of Sardinia, which has been of particular interest to geneticists for decades, Dr Mereu focused on autoimmune disorders, like T1 diabetes and multiple sclerosis but also thalassemia, an inherited blood disorder common in the Sardines, as part of her PhD.

After her PhD, Dr Mereu moved to Barcelona, Spain, for a computational postdoctoral position with the Single Cell Genomics team at the National Centre of Genomic Analysis (CNAG-CRG), led by Dr Holger Heyn (ESPACE Principal Investigator and Work Package 2 lead), exploring single-cell sequencing data in collaboration with national and international groups, including the Human Cell Atlas. In 2016, Dr Heyn’s research team was one of the first teams in Spain to focus on this, at the time, novel technique.

In January this year, Dr Mereu opened her own lab, the Cellular Systems Genomics Lab, part of the Josep Carreras Leukemia Research Institute, one of the leading biomedical centres of Barcelona. Her team consists of five members with diverse backgrounds: industrial engineering, mathematics, genetics, biochemistry and biology. Dr Mereu has a passion for the multidisciplinary and firmly believes that complex problems can be solved more efficiently when people with complementary skills work together.

“In the analysis of biological data, we are completely unbiased and can come up with data-driven hypotheses that can have biological relevance. This different perspective puts you in a great position to detect something new,” said Dr Mereu.

The lab primarily focuses on inflammation, which is linked to many different diseases and conditions affecting multiple organs.

“I wanted the team to have a clinical perspective, and we now aim to provide genomic-based tools that will change the way clinical decisions are taken,” said Dr Mereu.

Dr Mereu on her work in ESPACE’s Work Package 2

In ESPACE, Dr Mereu is part of Work Package 2, Single cell molecular profiling of the healthy human pancreas. The work package aims to deliver high-quality data that come from pancreas samples, in line with ESPACE goal to profile the gene expression and epigenetic profile of cells in the human pancreas. The methods for this type of cell analysis are changing rapidly, with new technologies and protocols being developed every year. Elisabetta and her team aim to explore and examine different technologies, evaluating each technique’s efficiency through data analysis.

“All techniques have limitations. Our job is to weigh the techniques against each other and assess which gives us the best readout from the epigenetic and transcriptomics of the cells. In a nutshell, we benchmark and evaluate how different techniques can be combined,” explains Dr Mereu.

Beyond evaluating different techniques to profile cells, the Work Package 2 team will do computational analyses to profile pancreas cells to learn more about what cell types are included, what genes best represent each cell type, and other aspects relevant to understanding the biology of the cells.

Ultimately, the team aims to develop an atlas, a large number of cells, that can help them characterise each pancreas population in an unbiased manner. The team has already begun analysing the data and aim to have a complete dataset ready around the turn of the year. Data generated in Work Package 2 will provide a reference for other ESPACE work packages, which means that the team collaborates closely with many other groups in the consortium.

“We will provide a reference for the human pancreas at the single-cell level. In the short term, our work will have the potential to play a fundamental role in future clinical research. This is one of the reasons why I am so excited about my work with ESPACE and the Human Cell Atlas,” concludes Dr Mereu.